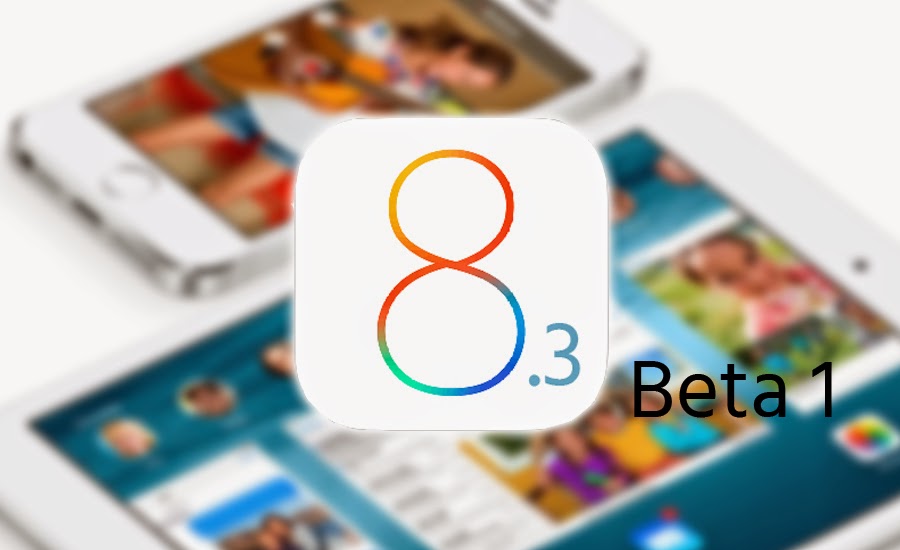 After the release of the Apple iOS latest version iOS v8, users from the worldwide have reported many error and bug on this mobile OS. Apple continuously fixing these bugs and with this today company have released its another patched version iOS v8.3.

It's software update day for Apple device owners. Following the release of OS X Yosemite 10.10.3 and Apple's new Photos app for laptops and desktops, the company made iOS 8.3 available for iPhones, iPads and iPod touch devices.

This time around, the software update is filled with fixes based on the lengthy change-log, which includes performance fixes for application launching and responsiveness, Messages, Wi-Fi, Control Center, Safari tabs, and both native as well as third-party keyboards.

On Apple forum, users have mainly reported the issue related to signal degradation on wireless networks (WiFi). Amazing thing is that one of the post which was started last year in September have got over 795,000 hits with making of 133 pages of discussion.

With the fixes of the bugs Apple had also made available some of the new features on iOS 8.3, which includes redesigned emojis as well as the ability to report junk messages in the native Message app. The overall list is pretty large, as its seems that this is one of the major update release. There are many updates is of small size but the total update size is reportedly of 1.4GB and mainly from those who participated in the public beta.
#Apple #iOS #News