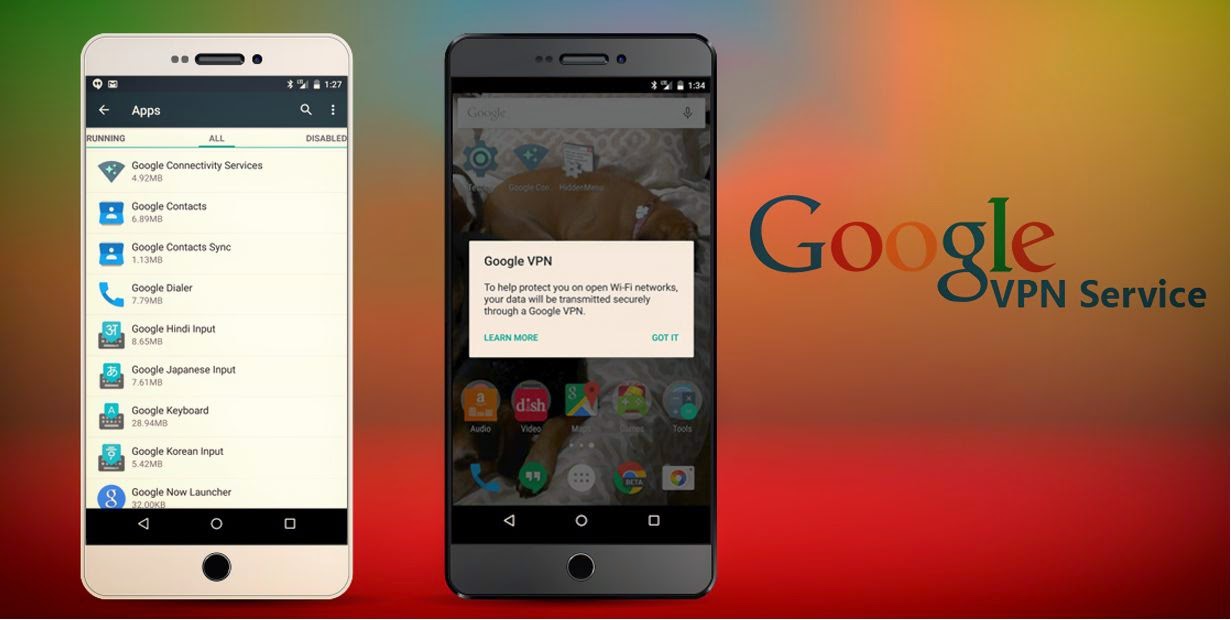 Last week Google have announced rolling out the latest version of its mobile operating system - Android 5.1, and now there is something un-noticed, and unexpected that is already in Android 5.1.

Android 5.1 came up with the built-in Virtual Private Network (VPN) service. Google has not said anything about its Virtual Network Service, but this concerns the privacy of users as having a VPN will keep a user's device secure even if they are accessing public Wi-Fi.

The features were first noticed by the Pocketables where the service was named "Google Connectivity Services" on a Nexus 6 that was running the latest Android 5.1 Lollipop update. Hope these features also come up on another device too.


To locate the app, a user simply needs to navigate to Settings > Apps and scroll to the same, which occupies 4.92MB. However, Google Connectivity Services is only viewable on the list. Pocketables recommends a few tricks. Once launched, the user will see the pop-up "Google VPN." This pop-up reads: "To help protect you on open Wi-Fi networks, your data will be transmitted securely through a Google VPN."

The pop-up has the "learn more" and "got it" options. However, since the Google VPN feature is currently not in a functional state, you get redirected to a support page from Google if you click on the "learn more" option, and if you click on the "got it" you are taken to the regular VPN connection request window, where you are asked if you would like the Wi-Fi assistant to set-up a VPN connection "that allows it to monitor network traffic."

May Google is testing its VPN service and that too also in its own Nexus device. If this feature goes live then this will be another great step for the user's security, as VPN allows secure data transmission between unsecured WiFi connections.

What are your views on this VPN service from Google? Will you mark it as Good or anything else ??? We like to hear your thought.