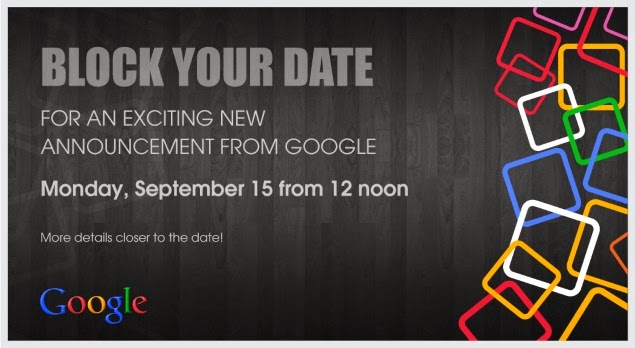 But many of them is expecting the Google will announced its most awaited Android One Phones. This is because at the Google I/O, Sundar Pichai, who heads the Android division within the company, had said that India would be the first country where Android One devices would be launched.

Google partnering with three mobile manufacture companies Karbonn, Micromax, and Spice, is going to announced it low end hardware smartphone in Indian market. As India have the huge volume of smartphone market, so Google is planning to takeover the Indian market by offering the low cost Android based smartphones to the users.

As earlier Google gets the unexpected response for the Moto G. Google partnership with the Indian eCommerce site Flipkart sold all the Moto G stock within 20 mins of the launch. So Google can expect the much more impression with its Android One smartphones.

Android One, announced at Google I/O in June, is Google’s low-cost (sub-$100) standard of devices that run pure Android, free from manufacturer UIs like Sense or TouchWiz. But phone manufactures can add there brand on to the phone as like LG does with Nexus device.

So we are also waiting for the more announcement on this as what the invitation reads. So stay tuned with us for more details on the events.
#Google #News #Technology