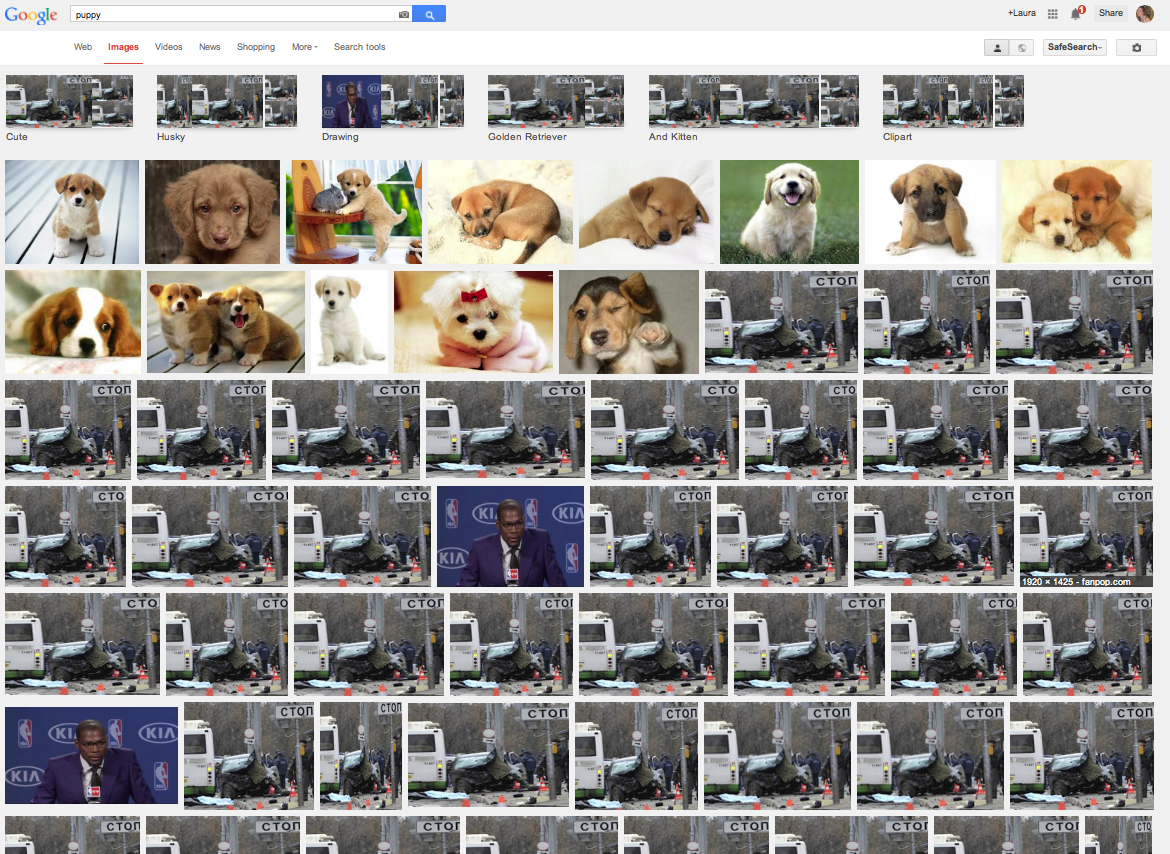 The news was first reported by Times Magazine, which says many of the users got a picture of Russian car crashing on the Google image search. While searching for any anything on Google Image search, as example "Puppy" the search result showed images of car crash.

Till yet Google have not commented on this issue, as many of the users points it as a Hoax. It was last for 5 hours (approx), and users have flooded the Google Product Forum with the complaints on this issue.
Numerous social media reports claim that the issue was ongoing for hours:

Has Google Images seriously been hacked for over 5 hours now?? This is getting kind of ridiculous pic.twitter.com/5V565XObYA
— Nora Gilmartin (@LesVivants) August 26, 2014

As now Google have fixed the issue, but company have not specify any comments. Some users on a related Reddit chain say that images of Kevin Durant have also been thrown in the mix. Canadian Redditor Acrantrad posted the following image that appears after unrelated Google Image searches.
#Google #Internet #News