Normally we all celebrate valentine's day on 14th February but China people celebrate it on 2nd August. So in china this was the great day for all lovers and its the obvious reasons that they will have the sms in between then and their friends circle. So on this great opportunity Cyber Criminals had also done a great thing and that also within an hour.

On the eve of Chinese valentine's Day, Cyber Criminal have conduct nefarious activities, as they delivered an SMS worm for Android that spread much faster that it affect a total of 500,000 devices in about six hours.

Security researcher Vigi Zhang from Kaspersky  wrote on the blog post that after analyzing the sms it is observed that malware contained two modules, one for distributing the threat (XXshenqi.apk) and another for performing the malicious activity (Trogoogle.apk).

After Trojan install, it check for the com.android.Trogoogle.apk is present on the mobile device. If not, it displays a dialog window to prompt the user to install Trogoogle.apk. After its ask users to register the app, which further steal users personal details such as ID, name. 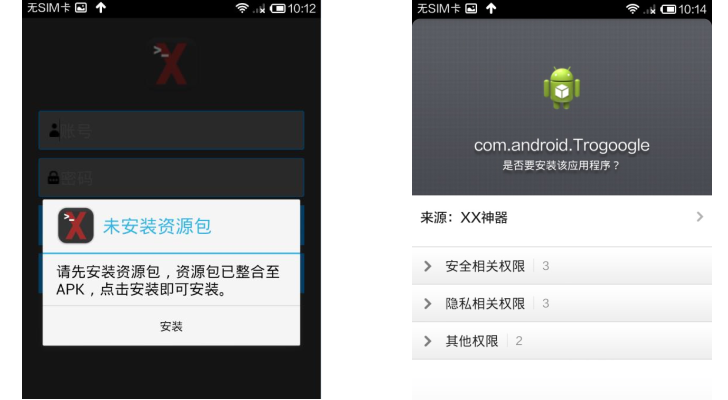 Trogoogle.apk is more dangerous as it have the backdoor function and Kaspersky product identifies it as Backdoor.AndroidOS.Trogle.a .  The malware is designed so well that it  hides its icon after the installation on Android device, which makes it invisible for majority of the people.

Among the commands it can execute if so instructed by the command and control server are reading and sending messages. Zhang notes the malware can also send the text to its owner either by email or by using the short message service.

The attack seems to have been premeditated as attacker successfully used the advantage of this special day. It  uses social engineering techniques to spread as much as possible and infect more devices.  So don't get so much lost on this special events that you may face problems. As security concerns the most prior
#Android #Malware #News