NSA likely targets anybody who's 'Tor-curious'

NSA and TOR users, TOR anonymity, German site, claims that Tor users are marks for the NSA, which means that thousands of journalists, lawyers and rights activists are on their list, making for a rather big threat for the safety of their data, including the identity of their sources of news, information from clients and cases. 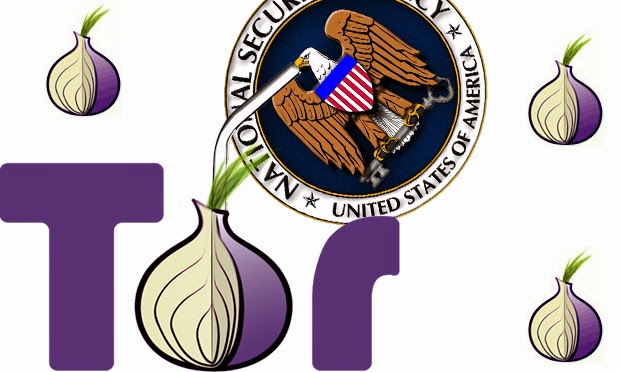 Many of use TOR browser for the hiding our identity online, and for being anonymous. But do you really thing that this makes you 100% anonymity ? Even I use TOR, but but its not what it is meant for.

This because with the recent post on German site, claims that Tor users are marks for the NSA, which means that thousands of journalists, lawyers and rights activists are on their list, making for a rather big threat for the safety of their data, including the identity of their sources of news, information from clients and cases.

Not only this if you are searching for any encryption tools or software over internet like Tails, a linux based operating system, then you're on the watch list of the NSA.

The above claimed is not done on the basis of any new NSA leaked documents, rather from an analysis of the source code used by XKeyScore, one of the most important tools the NSA uses for electronic surveillance.

The claims also reveals that, the agency monitors connections to the Directory Authorities, which are the right servers acting as gateways for the system. The research showed that the servers based in Germany were particularly interesting to the NSA. One of them is operated by the Chaos Computer Club, while the other is in the hands of Sebastian Hahn, a computer science student.

TOR is a famous Internet Anonymity service which is mostly used by people to stay anonymous over internet and who concern about their privacy.TOR sends the users request through a series of secured connections making it impossible to identify a user’s IP.

Reports also says that NSA may be collecting more than metadata of the users, and also reads the mails exchanges from the TOR network.
#Internet #News #NSA