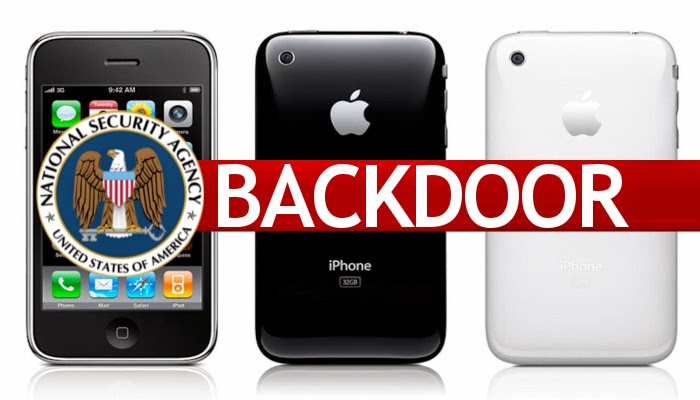 This week Apple employees have acknowledge that Personal data including text messages, contact lists and photos can be extracted from iPhones through previously unpublicised techniques.

The same techniques to circumvent backup encryption could be used by law enforcement or others with access to the "trusted" computers to which the devices have been connected, according to the security expert who prompted Apple's admission.

Last week a forensic security researcher Jonathan Zdziarski, have claimed that Apple iOS device have many of the unwanted programs that are spying the users device and have a backdoor in it. The claimed was made in the Hackers on Planet Earth conference. Researcher also noted that users are not notified that the services are running and cannot disable them, Zdziarski said. There is no way for iPhone users to know what computers have previously been granted trusted status via the backup process or block future connections.

Some of them cited it as evidence of Apple collaboration with the National Security Agency.

But after the claim Apple have denies of creating any backdoor and also point that company didn't have any relation with NSA or any government agency. Apple have given a statement to a tech reporter of the Financial Times.

Chief executive officer of Securosis, Rich Mogull- said Zdziarski’s work was overhyped but technically accurate. “They are collecting more than they should be, and the only way to get it is to compromise security, - he added.
#Apple #iOS #News