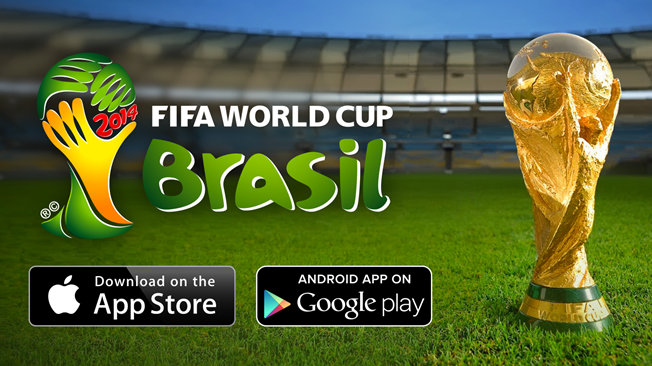 It just a few hours Fifa World Cup 2014 has been kickoff and fans craziness is all over the internet.  As like earlier, tonnes of fans have enjoyed the World Cup inauguration Ceremony and the first match of World Cup, between Brazil and Croatia, where Brazil won by 3-1. At the mean time FIFA Football World Cup is a trending topic on social media, news websites, radio and television.

As like Facebook, Twitter, Google have show the world cup trends in there own ways. Google have shown the animated Google Doodle dedicated to World Cup, and upon click on it, users get the score (Statistic) of the game, along with the timetable.

So we are also here for our readers, pointing the best 5 apps for your Android or iOS smartphone that lets you keep update with the latest score and information of World Cup. You also don't want to miss single updates of World Cup so, these apps help you keep update and also allows you to watch live streaming. 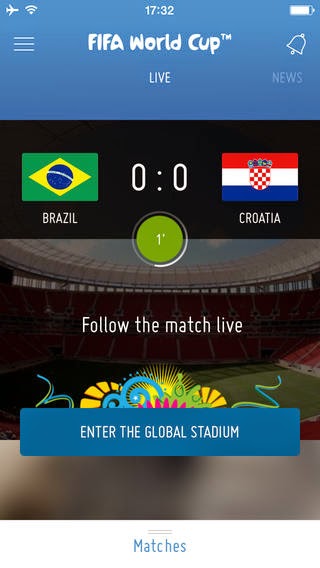 This app is available for Android and iOS platform. This is one of the best app to get the latest
updates of the World Cup matches. Apps provides the updates of matches, game highlights, video interviews and in-depth features of every game and team participating in the FIFA World Cup. One best thing in this app is "Global Stadium", which lets you to choose any of the 64 matches venue and gives on that.
You can download it for free - Android, iOS 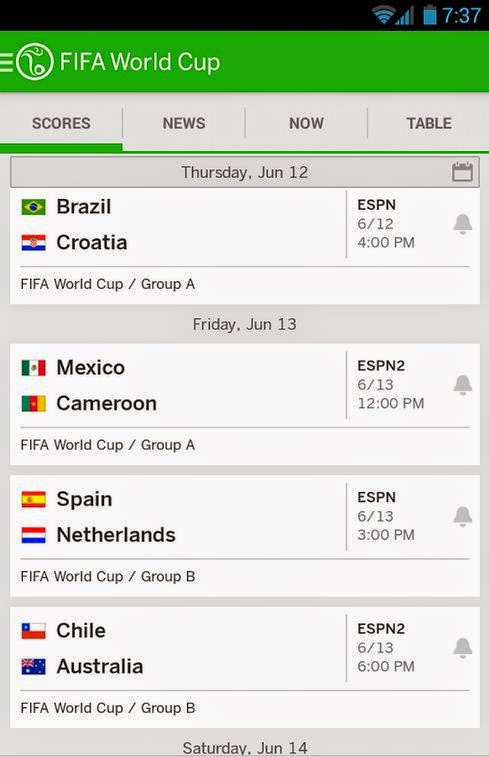 This is another free apps featured with every single updates related to FIFA World Cup. All the news updates, reports have been covered by the ESPN staffs. Through this one app, you stand to get news, reviews, features, opinions, and exclusive video from the football world cup. Not just that, but everything you’ve come to expect from ESPN’s brand of football and sport coverage
Download it for Free - Android, iOS 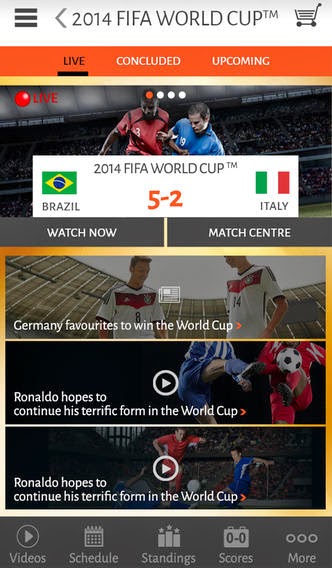 This is new to many of you, as the app is from Sony LIV, who has the official rights to broadcast the FIFA World Cup 2014 in the Indian subcontinent, and this is their official app which is available on Android and iOS platforms. You have to create an account on this app, and app lets you live HD streams of the games on your smartphone or tablet. For this HD streams you have to buy a pack of it which is of Rs 120 only. App also provide a real-time stats and live commentary also.
Get it for Free - Android, iOS Same like Sony LIV app, BBC have also provide a featuring app to track every single updates of the World Cup matches. BBC have rights to cover 31 World Cup match, will be feature with this app. Best part on this app is that, it give highlights, custom alert, along with the special program World Cup Breakfast, for offline viewing which recaps the past night’s games through BBC football pundits.
Download - Android, iOS, Windows Phone 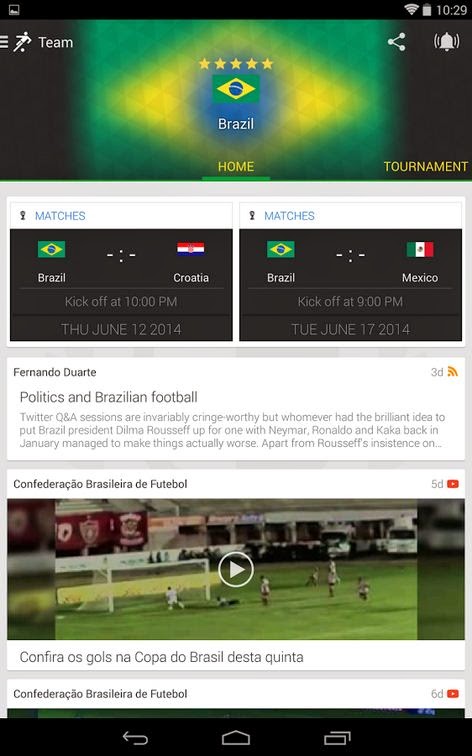 This is another cool app made by Berlin firm. This app is also available for Windows Platform along with Android and iOS. App has one unique feature that separates it from other, it let users pick a favourite team. Once selection done, the app automatically creates a list of customized feed (with articles, videos, social updates, etc) around that team with push notifications and updates to keep you constantly informed about their fortunes at the football world cup
Download it for free - Android, iOS, Windows Phone
#Android #iOS #World Cup