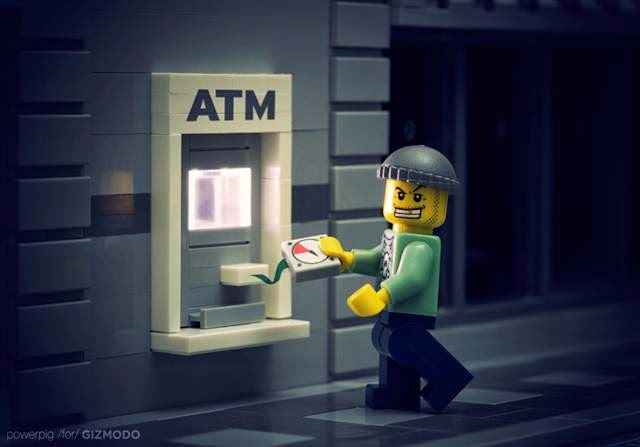 It sounds something unbelievable that 14 years old kids have by pass the security of the Bank's ATM, but this is fact. A couple of kid from Winnipeg, 14 years old, Matthew Hewlett and Caleb Turon, have managed to breach the security of the Bank of Montreal ATM. It might sound, the "hack" but they didn't require any advanced computer hacking at all.


What Actually happens
These boys were looking for the ATM's manual on the internet, and they got the operator's manual for the BMO ATM. With the help of reading the manual, they were able to switch the ATM machine over to administrator mode by simply entering one of the default system passwords. And that allows them to do number of the task over the ATM machine.
$ads={2}
How they Proved it.
When the default password works for them, which allow them to enter to the Administrator mode of the ATM's,  they have reported the security loopholes to employees at a local BMO branch. The extent of the damage they did was changing the ATM's welcome screen to read "Go away. This ATM has been hacked." 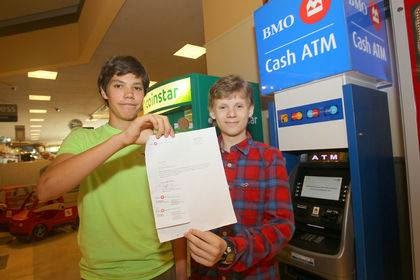 Initially the branch employees have not took the issue in a serious way and asked the kids to Hewlett and Turon have gone  again and once again they got into the operator mode. Then they started printing off documentation like how much money is currently in the machine, how many withdrawals have happened that day, how much it's made off surcharges. They have also changed the surcharge amount to one cent (to make a proof).
proved it.

They have submitted all the printed  documents at a local BMO branch, and this time bank staff have notified the issue to the branch manager. Further the issue was reported to the security head of the BMO bank.