Leaked Emails reveal the Relationship Between Google and NSA 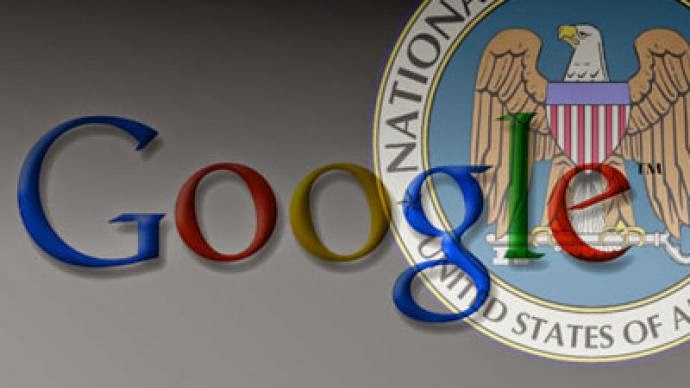 After the leak reports from the Edward Snoden, number of question has been raised against the reputed tech and internet company's . But every time they all denied the to have any kind of relation with the National Surveillance Program of US government (NSA).

This time once again the same type of question pointing to the internet search giants 'Google', as a couple of emails shows that Google is in closely relation with NSA and have worked with then over the years.

A couple set of emails obtained by the Al Jazeera, reveals the relation between Google and NSA. The two sets of email exchanges, one between NSA Gen. Alexander and Google executives chairman Eric Schmidt, and the other between Gen. Alexander and Google co-founder Sergey Brin. The emails show the extent to which Google didn't just cooperate with the NSA, but also kept a familiar and friendly relationship with the government agency.

One email of June 28, 2012, from Alexander invited Schmidt to attend a four-hour-long “classified threat briefing” on Aug. 8 at a “secure facility in proximity to the San Jose, CA airport.”. “The meeting discussion will be topic-specific, and decision-oriented, with a focus on Mobility Threats and Security,” Alexander wrote in the email, obtained under a Freedom of Information Act (FOIA) request, the first of dozens of communications between the NSA chief and Silicon Valley executives that the agency plans to turn over.

According to the email, Alexander, Schmidt and other industry executives met earlier in the month. But Alexander wanted another meeting with Schmidt and “a small group of CEOs” later that summer because the government needed Silicon Valley’s help.

“About six months ago, we began focusing on the security of mobility devices,” Alexander wrote. “A group (primarily Google, Apple and Microsoft) recently came to agreement on a set of core security principles. When we reach this point in our projects we schedule a classified briefing for the CEOs of key companies to provide them a brief on the specific threats we believe can be mitigated and to seek their commitment for their organization to move ahead … Google’s participation in refinement, engineering and deployment of the solutions will be essential.”

Fortunately,  Schmidt was unable to attend the meet and reply's Alexander with reason. He wrote, General Keith.. so great to see you.. ! I’m unlikely to be in California that week so I’m sorry I can’t attend (will be on the east coast). Would love to see you another time. Thank you !

It is reported that more emails conversation between Google and NSA is to be released, so wait till what the new email stats.