Gmail for Android now lets you save attachments to Google Drive 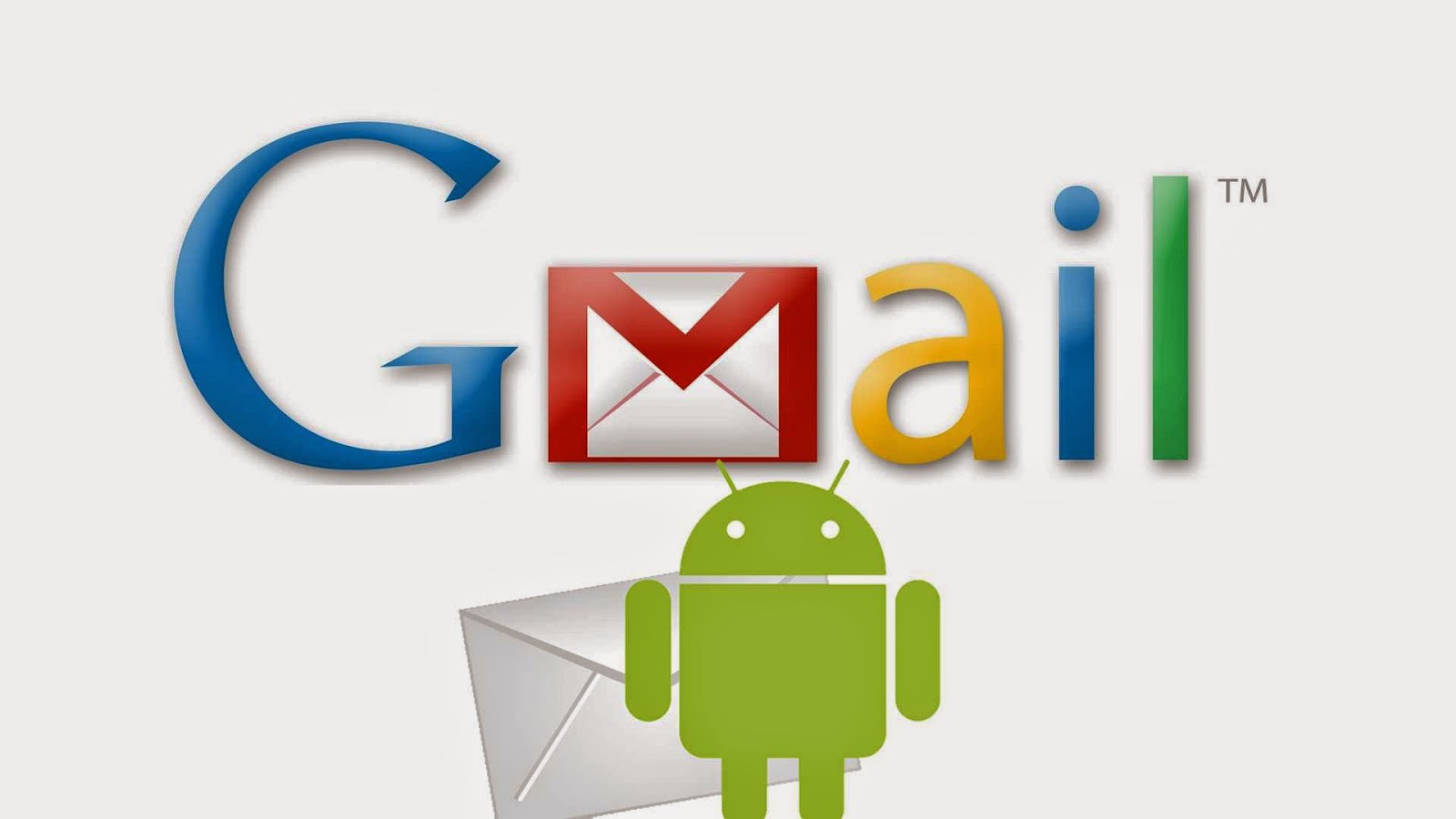 Today Google have rolled out a major update for its Gmail for Android app, which includes several new and awesome feature. It have also made an improvement on the its UI.

One of the new features that introduce is file attachment, as now users can  save their mail  attached files directly to the Google Drive. This new features will help the users to save space on their mobile device especially for the larger files. Instead of Downloading the attachment file on to the device, users can directly moves the file to their respective Google Drive account. The files which is in Drive can easily accessible via mobile, tablets, Google Explain in the post.

After the File attachment feature, another great thing has been introduce which is "Spam Explanations". This features tell the users why the particular mail is under the spam folder. 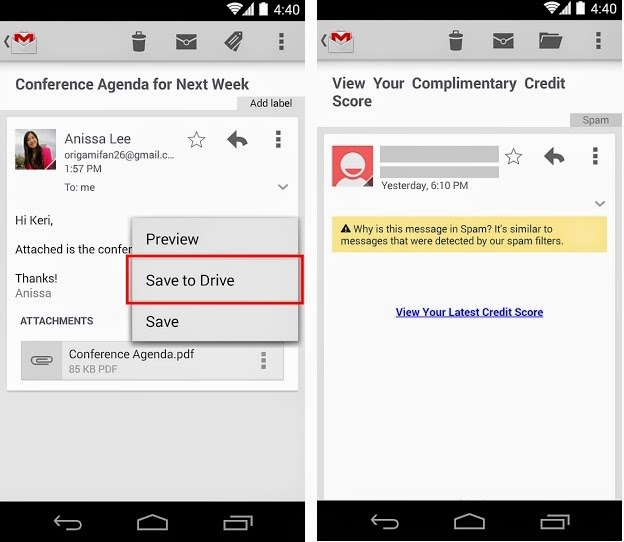 If you’re an English speaker, you’re used to reading sentences from left-to-right. But there are a lot of languages out there that are written from right-to-left (RTL), such as Arabic, Hebrew and Persian. If you’re a speaker of one of these languages, Gmail on Android now looks and feels the way you'd expect with profile pictures and the navigation menu on the right instead of the left, Google explains. 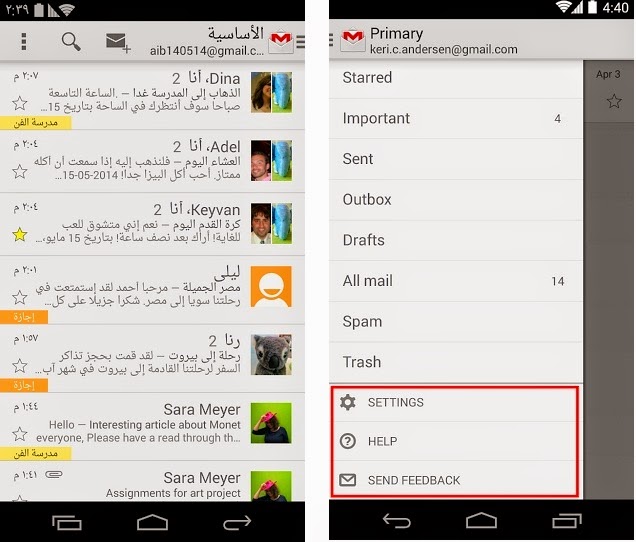 These features will be rolling out over the next few days. You all can download the latest version of the Gmail on Android from Play store.
#Gmail #Google