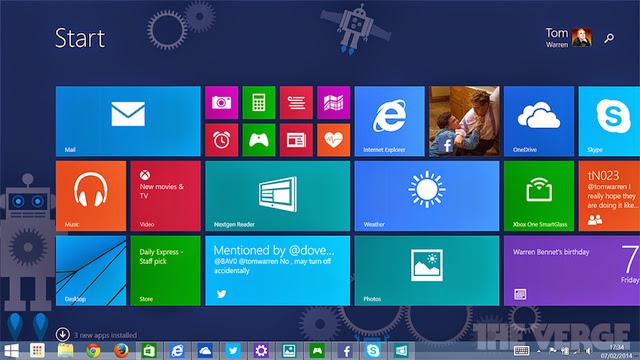 Yesterday Microsoft have rolled out its updates for Windows 8 and Microsoft claims that they will bring back the start menu with the update. The announcement was made at the Build Conference, which is the annual developer conference of Microsoft. Initially the update was not available in India, but slowly was rolled out world wide.

With the announcement of the updates Microsoft have make a peak twist. Microsoft has said that Windows 8.1 users are required to update before 13th  May in order to continue to receive patches and updates. This is not the fair deal by the software giants, as they are forcing a users  to updates their version of the windows. Users are forced to updates the windows otherwise they will  not receiving any further updates.

The announcement of bringing back the start menu, makes the users much happy, but with some of the conditions is worst. On the bolg post Microsoft wrote,


"Failure to install this Update will prevent Windows Update from patching your system with any future updates starting with updates released in May 2014,"

If the users have disabled the automatic updates features then windows store doesn't show any updates for you. If you wish to make it manually here is the some steps you have to follow.


Head over to the PC Settings (Charms menu -> Settings -> Change PC Settings) and in the updates and recovery section, go to Windows update and click Check for updates and install the KB 2919355 update. (If it is not showing up, you might have missed some previous updates, which are a pre-requisite for this one, install those first to get this one).


Some recommended thing you have to know is that,