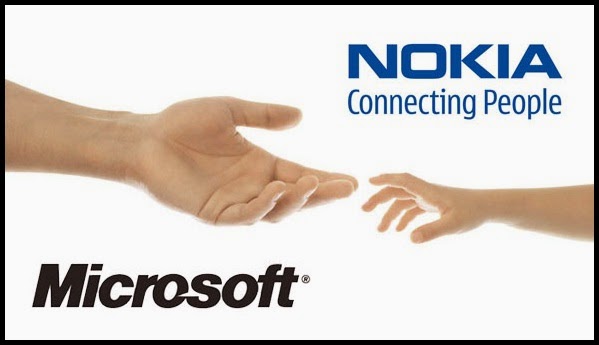 As earlier in last September, deal between Nokia and Microsoft had been finalized and it was expected to the be completed till the first quarter of 2014.  The deal was of $7.2 Billion, on which Microsoft is acquiring Finnish mobile firm "Nokia".

The statement announced by Nokia and Microsoft have confirmed that the deal will going to be close in April, which was earlier expected to close by the end of March.

Microsoft says the delay is because it is awaiting approval from anti-trust organizations in Asia:


We are nearing the final stages of our global regulatory approval process – to date we have received approvals from regulatory authorities in 15 markets on five continents. Currently, we are awaiting approval confirmation in the final markets.

Nokia have denied with the ongoing tax proceedings in India, reason for delay in deal. And statement say by Nokia on this is:


“Nokia reiterates that ongoing tax proceedings in India have no bearing on the timing of the closing or the material deal terms of the anticipated transaction between Nokia and Microsoft,”

The delay has been attributed to certain antitrust authorities in Asia that are still reviewing the acquisition. Nokia and Microsoft have received approvals from the US and European Union authorities.

So this deal will be going to get close by next month, and are confident with the deal that transaction would be close resulting in the transfer of all of Nokia’s devices and services business to Microsoft.
#Microsoft #Nokia