Google Hangouts and Spreadsheets are down

If you are having problem in accessing some of the service of Google as like Google hangout, Google Talk or Google sheet, then you are not alone, as large number of users are facing the same problem. The Cross platform messaging service is also been down from last 20 minutes.

Google team have recognize the problem, and working to fixed it up. For this team have raised a status of the service of the Apps status page and also wrote a message for the users.


“We’re investigating reports of an issue with Google+ Hangouts. We will provide more information shortly.”

Some of the users still having problem in within Google Drive and also with other parts of Google cloud service. Currently Google Docs is not affected but for this also Google Team is working on.


“We’re investigating reports of an issue with Google Sheets. We will provide more information shortly.”

On the App status page also service is been highlighted as Service disruption with a orange sign. 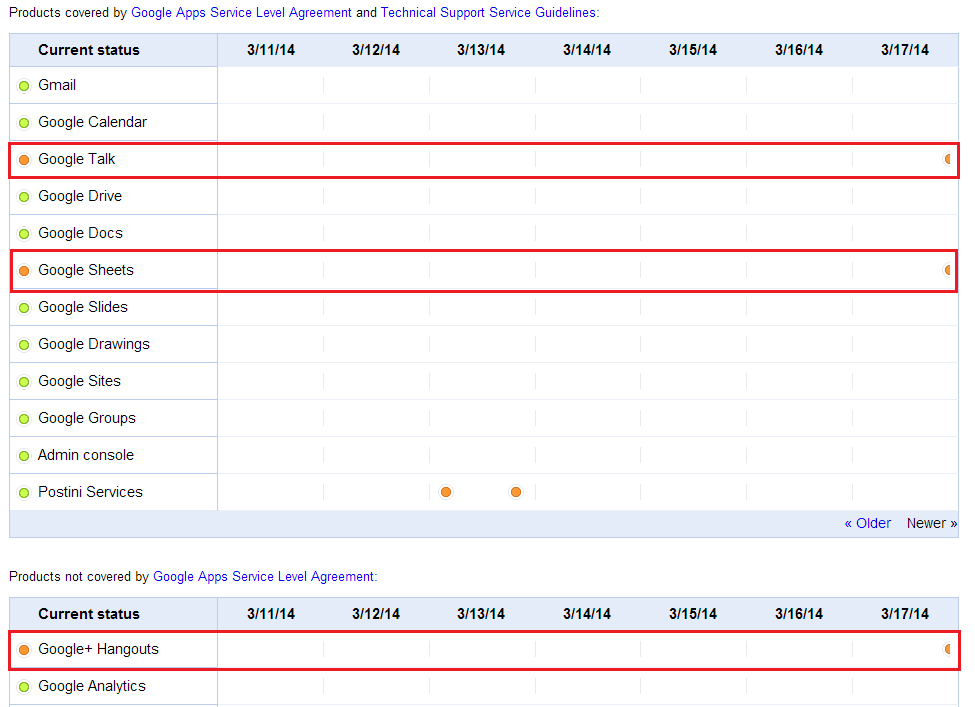 Hope this will fixed soon. We will update the post as we get any response from Google team.
#Google #News