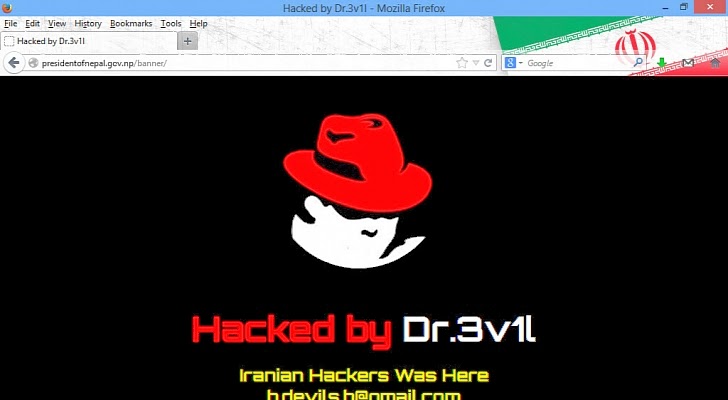 Hacker with the online handle "Dr.3v1l" have hacked and defaced the official website of President of Nepal. On the defaced page hackers point him a hacker of Iran. Hacker haven't defaced the homepage of the site rather he had uploaded a deface page on the directory of the site (presidentofnepal.gov.np/banner). 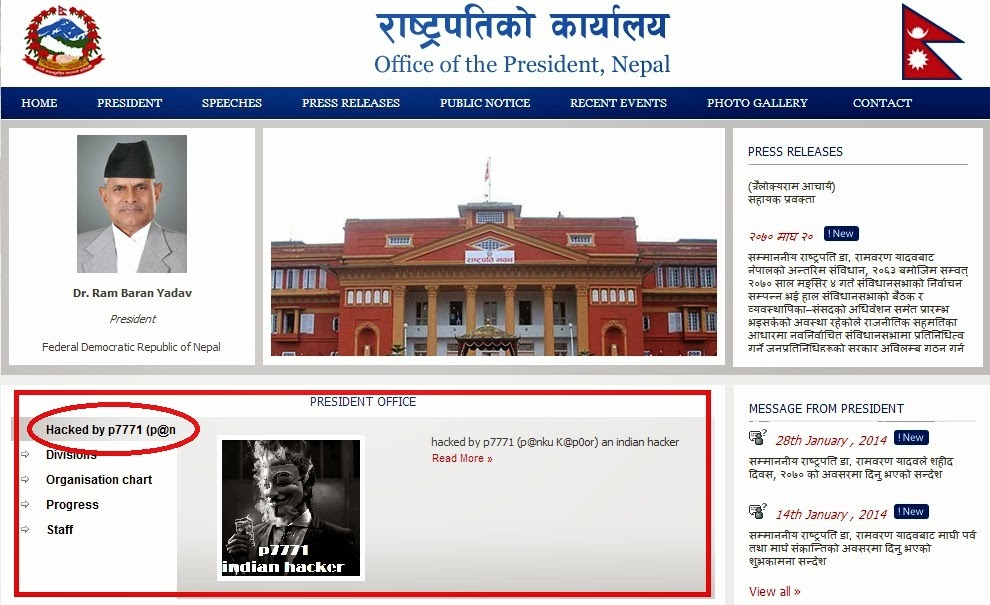 At the time of writing the post, site still shows the defacement page, despite the fact that over 24 hours have passed and  site is not recovered yet. Its shows the countries security responsibility also. May till now admin of the site is not aware of the hack.

You can check mirror of the hack at Zone-h. On the deface page hackers haven't wrote any kind of the message. It seems that the attacks were carried out by individuals who simply want to show off their skills.
#Defaced