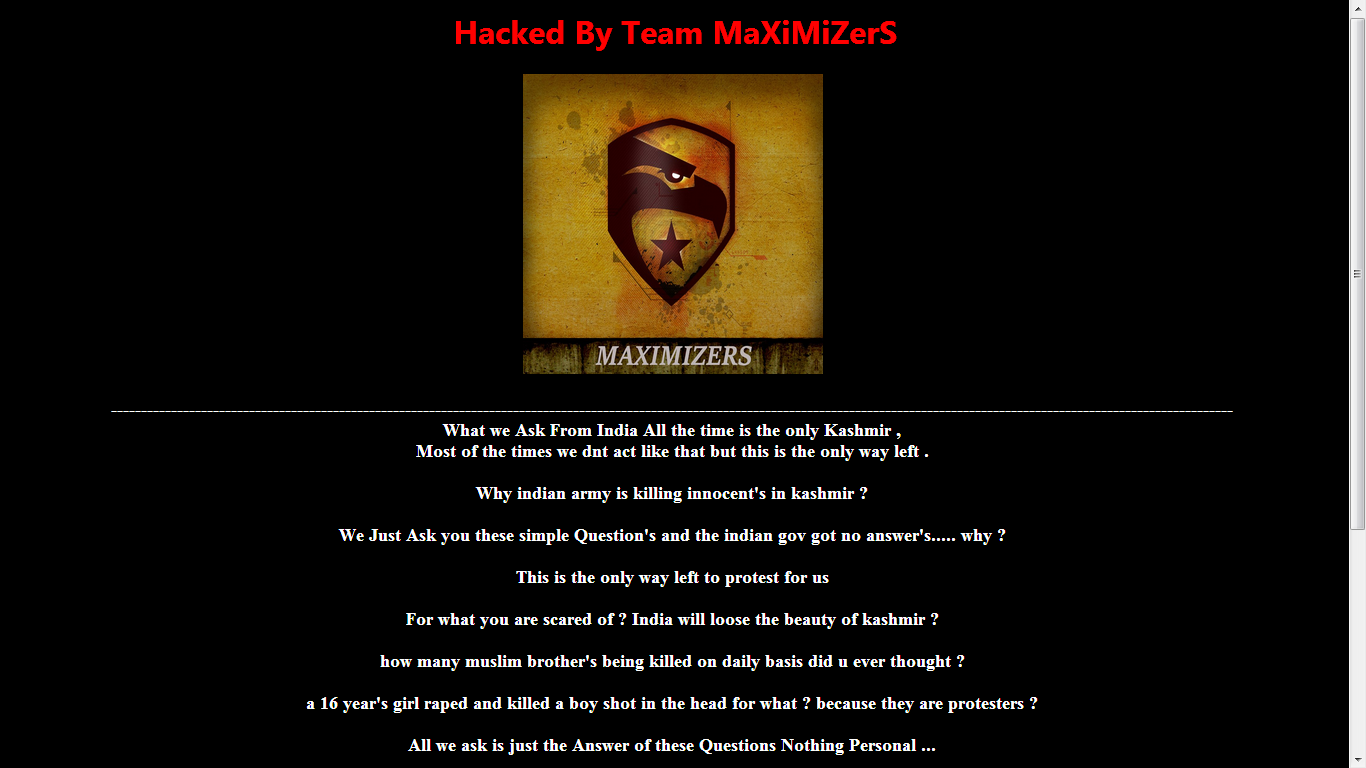 Yesterday on the eve of Republic Day of India, where all Indian are celebrating Republic day, some of the hackers are hacking into the Indian server. As earlier we reported that BCCI official site has been hacked and deface by Bangladesh hacker, on the same time another Pakistani hackers group name as 'Maximizers'  have hacked and deface more then 2000 sites.


The hacked sites includes the site of Central Bank Of India and State bank of Patyala also. It seems that hackers have rooted more then 2 server and added the deface file on the root directory of the site. Some of the sites still shows the deface page, but the site of Central Bank of India has been taken down and Site of SBI patyala have also recovered it. But you can check the Mirror of the hack.

On the deface page hackers wrote a message stating the protest againg the Kashmir,


What we Ask From India All the time is the only Kashmir ,
Most of the times we dnt act like that but this is the only way left .
Why indian army is killing innocent's in kashmir ?

We Just Ask you these simple Question's and the indian gov got no answer's..... why ?
This is the only way left to protest for us
For what you are scared of ? India will loose the beauty of kashmir ?
how many muslim brother's being killed on daily basis did u ever thought ?  a 16 year's girl raped and killed a boy shot in the head for what ? because they are protesters ?
All we ask is just the Answer of these Questions Nothing Personal ...
you will pay for these sins one day. We Declare this as a black day for Kashmir

You can see the hacked site below


And all the list of hacked sites here.
#Defaced