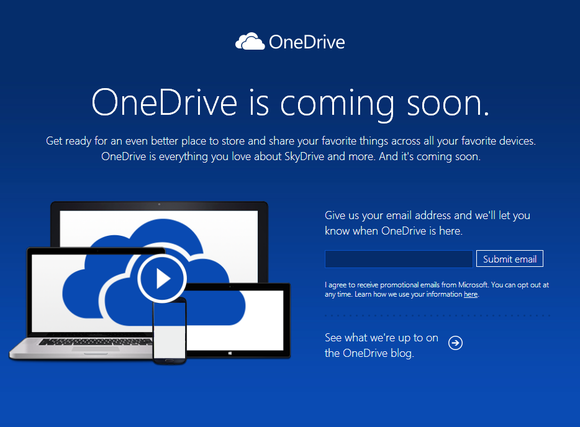 Six months earlier, UK satellite broadcaster BSkyB filed a case for using its name "SkyDrive" against Microsoft. And now After the decision of the English High Court, Microsoft lost the case, and now Microsoft changed its cloud service 'SkyDrive' brand name to 'OneDrive'.

Says Ryan Gavin, General Manager, Consumer Apps & Services at Microsoft, who outlines the other reason for changing the brand name in the blog post.

Microsoft wasn’t the first company to be targeted by BSkyB over the use of the word ‘Sky’ in its branding. Less than two months after Livescribe launched its Sky WiFi Smartpen, it was forced to pull its product in the UK by BSkyB, with Livescribe later agreeing to change the name of the device to ‘Livescribe WiFi Smartpen’ in the EU.


The new name will be changing to SkyDrive and SkyDrive Pro with OneDrive and OneDrive for Business respectively. Regarding this change, Microsoft has published a new promo video. Do check it out.