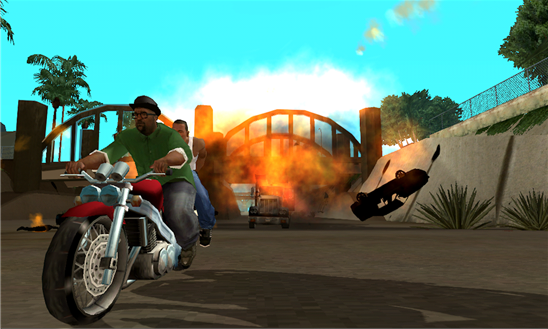 Developer Rockstar have originally launched the game for Play Station 2 in 2004, and now developer have modded it for the touch screen mobiles. Game is available at the Windows app store just for $6.99. Game requires at least 1GB RAM and storage space of 2.5GB,

As on the review section Microsoft says that, will be supported on the Nokia Lumia: 1520, 1320, 822, 820 and 810, as well as the HTC 8XT. Well for other handset users, Microsoft says that the game will work on other device too but will effect some of the performance of the Game. Game is available on language, English, french, Italian, German, Spanish, Russian and Japanese.

Features of the Grand Theft Auto: San Andreas are