Once again there are is good news for the Blogger and for webmaster also. One of the popular CMS for making website have got the great new feature and awesome new look. Its being two month back only, when WordPress have announced its new version 3.7, on which they have added the auto update features.
After a long time WordPress have given a new look to its dashboard. This is one of the best update ever made by the WordPress. This is the version 3.8 of WordPress, as they announced yesterday.
You can download the latest version of the WordPress, which is only of size 6.1MB. 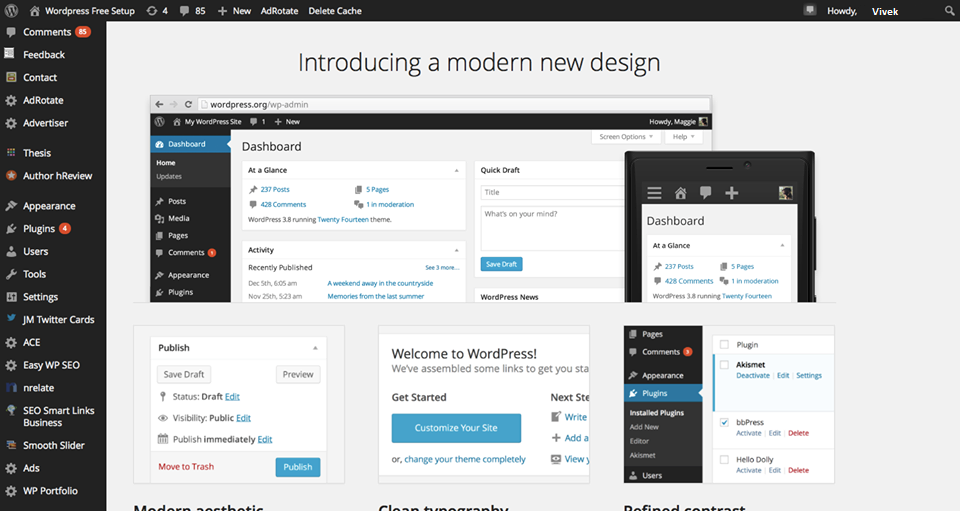