Today Google+ event is going on, and Google promised to give many new things to its social network users. As Google last major update was announce of the Hangout features, so Google have made some beautiful changes and add more features to Google+ also.
Google announce many of the announcement for its cross-platform messaging service, including SMS support, animated GIFs and one-tap location sharing for its Android app. Google also says that, this update will also available on Google Play store within next few days. As they have added some features on the Android app, which give you the ability to instantly share your location with other hangout users. For this user just have to tap the new pin icon at the bottom right hand corner of the app. This will automatically post you location with in the conversation with the Google map thumbnails.

As Google promised to give the sms support on its android app, so here they complete the promise. 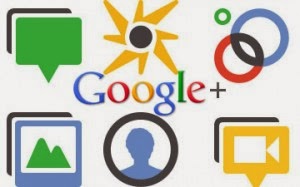 Google+ Android app will now have the features of text messaging also with its hangout users. Users can use both traditional texting and web-based instant messaging service.

For the video calling, Google announce meanwhile, is being revamped across all supported devices. Videos will now play full screen and Google has promised to fix and enhance webcam lighting on the desktop automatically.

Till now the location sharing and sms features on the Hangout apps for iOS is not been clear but we will make you update for it also.