If you are the users of the Buffer, a social-media management service that let you to post to various social networks, then be alert of it, as last night its service got hacked. After the hack, attackers started posting spam links over the social networks.

Buffer founder and CEO Joel Gascoigne, posted on his Twitter account on Saturday saying the hack of Buffer,


Looks like buffer has been hacked and there is a nasty scam being posted. We’re pausing all posting and investigating right now. Sorry!

After the incedent company have revoked its Facebook API, so that new users cannot authenticate the account and also removed it from all its users, this means that all the previous post will also be deleted.
Service had flooded the social network by posting on the topic of about weight loss associated with the spam link. This done with all the users who are authenticated the service, many of which are large companies. 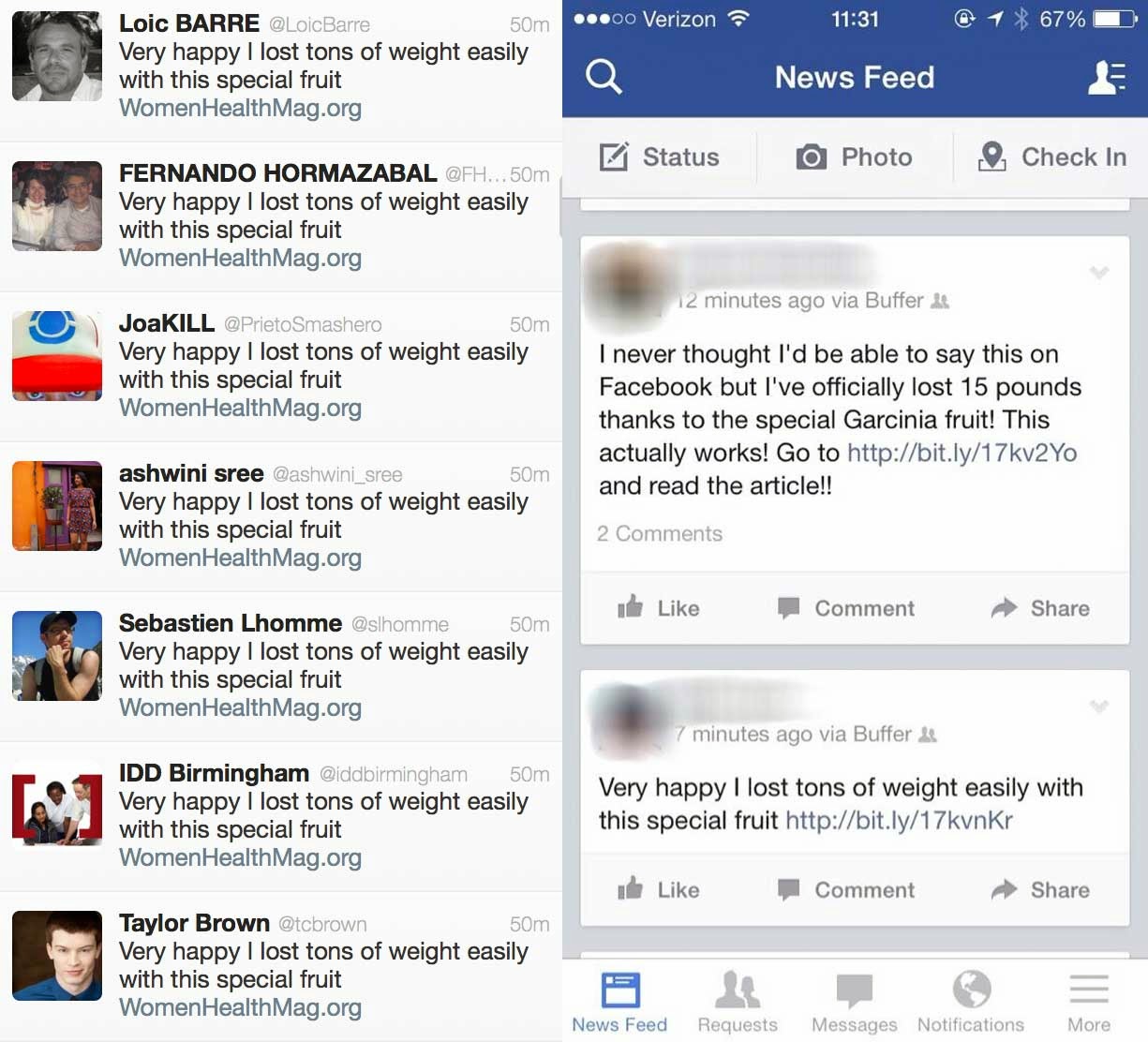 On the mail sent to the users, Buffer stats that,


“not everyone who has signed up for Buffer has been affected, but you may want to check on your accounts” and confirmed that “no billing or payment information was affected or exposed.”

After this on the blog post, Buffer confirmed the restore against hack, and also give the steps, how users can again reconnect on the post.
#News #Security #Social network