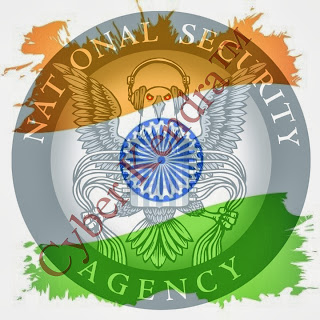 As we all know about the NSA, and hope you know which of the countries are being spied by the  .  Among all these countries list India is also being added. And not this India stand at the fifth place as a huge amount of internet and telephonic data has been collected from NSA over the span of last 30 days.
NSA's surveillance program

Edward Snowden, a former official of the NSA program, have provided the confidential documents to an Indian newspaper with details about the intelligence activities that the USA has been conducting in India. As per the Snowden documents, there are two different programs that are running surveillance. One is Boundless Informant which keeps a track on the number of email and calls that have been collected by the agency, and another is PRISM, which tracks the interception and collection of actual data from various networks.

PRISM, collecting the data and information from various internet sources, such as Google, Facebook, Microsoft, and YouTube.
This was reported on TheHindu post. When the representative asked to the spokesman of the intelligence office of the USA, that why a friendly nation like India has been subjected to such a massive surveillance? The answer of this was

USA will respond to all its allies and partners through diplomatic channels. We are not going to publicly comment on all the specific intelligence activities carried out NSA, and the USA has already declared its policy that we only gather information which is normally gathered by intelligence agencies of all the countries.

The spokesman didn't gave any response when he was asked how they have managed to collect such a big data totaling around 13.5 billion.
Higher officials of India, have denied for the documents provided to the The Hindu. But on the other hand, documents that was received stats the PRISM program not only keeps a track of the calls and the emails but also discloses the data that are managed by the secret agencies in India.

Almost 13.5 billion of the data has been collected by the NSA, over 30 days. By this India is at fifth place, where Iran is the country from which the largest amount of intelligence has been gathered. At number 2nd place has been Pakistan. Jordan and Egypt stands at the 3rd and 4th place.
#News #Security