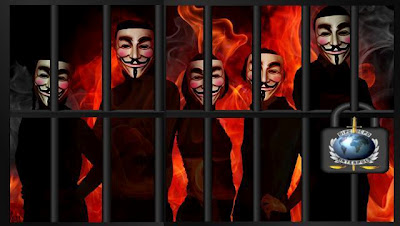 An Anonymous hacker who had hacked the city of springfeild's website and other police website has been arrested and sentenced for 3 years in federal prision.

A 22-years old man, name as John Anthony Borell with the online handle "ItsKahuna", have advertise the exploit on twitter which encourage other hacker to hack the website for the campaign that was run by anonymous called CabinCr3w.

Hackers have admitted to hack the various government and law enforcement agency websites along with the springfeild from Los Angeles. He had also leaked the data of 500 police officiers by SQL injection method on website belonging to Utah Chiefs of Police and Salt lake City police department.

He was also penalized to pay $227,000 for the system damaged, as he accepted and pleaded guilty for computer fraud.