Free Calling App Viber Website Got Hacked By Syrian Electronic Army, Hacked by Syrian electronic army, free calling app, viber hacked, viber database got hacked,
One of the most free calling app "Viber" have got hacked defaced one of there sub-domain http://support.viber.com/. This hack was done by the popular hacker's group known as "Syrian Electronic Army". Once again SEA is on the news of the security, and have breached the security of the Viber website. 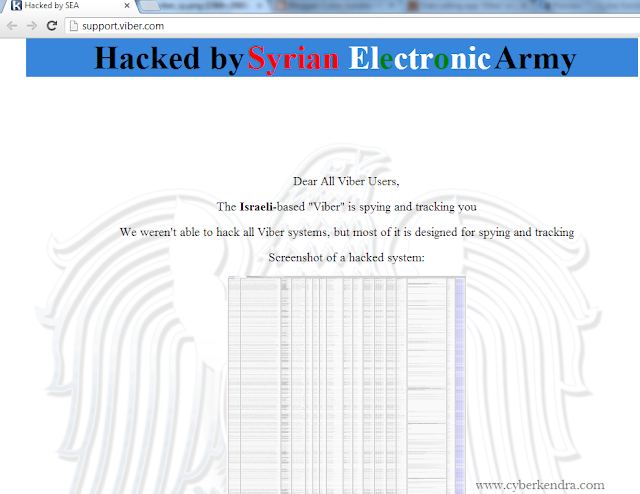 Hackers claimed that they are not able to hack the all the database of the Viber, but have breached and took the backup of the partial database.

On the deface page SEA have left a message to Viber users, with the screenshot of hacked database.

Along with this SEA hackers have publically posted the the Phone numbers of Viber administrators: 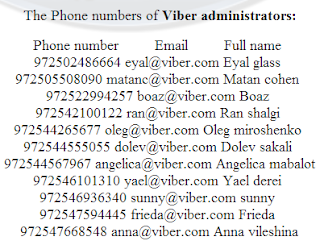 On the twitter post SEA wrote, " Warning: If you have Viber app installed, we advised you to delete it." By this SEA hackers also suggested Viber users to uninstall the application because company is spying and tracking each users.