On my previous post I already mentioned that Google is introducing lots of new features. May be this year Google is in the mood of giving gifts to its users.
After making a major change on the interface of the blogger, Google also going to announced the new big change.
Couple of months ago, Google have made some of the change in its image search field  and again Google going to introducing some big and a awesome change on image search. This is not officailly announced by the Google but Google is just doing a experiment on the Google Image Search.
They are testing new interface on image search.
Instead of links to the related searches on the upper of the search query, Google now displays a row of thumbnails with the results of those queries. This is just an experiment as now, the image results for related searches are displayed when users hover over the links. 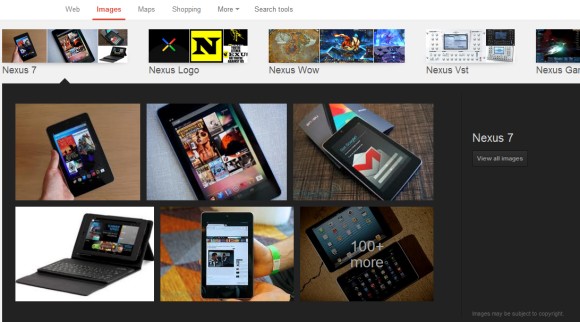