Avira a free Antivirus have a good news for its users. As last year Avira have promised to there user that they will bring Avira  products for windows 8 also, and now they have made the promise.
Avira  have now sucessfully certified the windows 8 requirements and have passed all the requirements of Windows 8 operating system.
This news has been published on their blog post, as Avira proudly announce that "Now they have received Windows 8 certification. 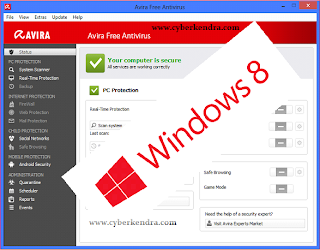 The certification for the Home and business version will be going to certified till next week.
Developer had worked closely with the Microsoft requirements in order to pass the certification. Many of the users reported that they are having many  problem  as like crashes of the antivirus as well as BSODs of the operating system, when they are migrating form Windows 7 to Windows 8.
Finally Now Avira says that all the problems have been fixed and users can finally migrate to the windows 8 without worries.
#News