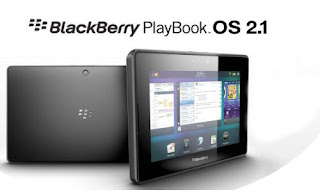 BlackBerry OS 2.1 PlayBook awaited new featurettes and a lot of people in the world with the capabilities to be introduced.
Research In Motion (RIM) have announced to launched new Software upgrade. The new BlackBerry OS 2.1 operating system upgrade PlayBook tablet with many new features. As several new features like latest and best Android apps support and better SMS facilities.
Upgrade the BlackBerry Bridge is best, using which users can connect via Bluetooth to your BlackBerry smartphone to PlayBook and can see new SMS, write and send also. Additionally, the updated BlackBerry Bridge also boosts performance, capacity and speed.
Additionally, with this update, user can view email, calendar and contacts in the portrait mode. Earlier this task could only be used in landscape mode.
In this update, there is been best support available for Android Apps. In which the in-app payments and apps that use with the camera of PlayBook, support are also included.
#News