More than 100 tech companies came together to defend net neutrality 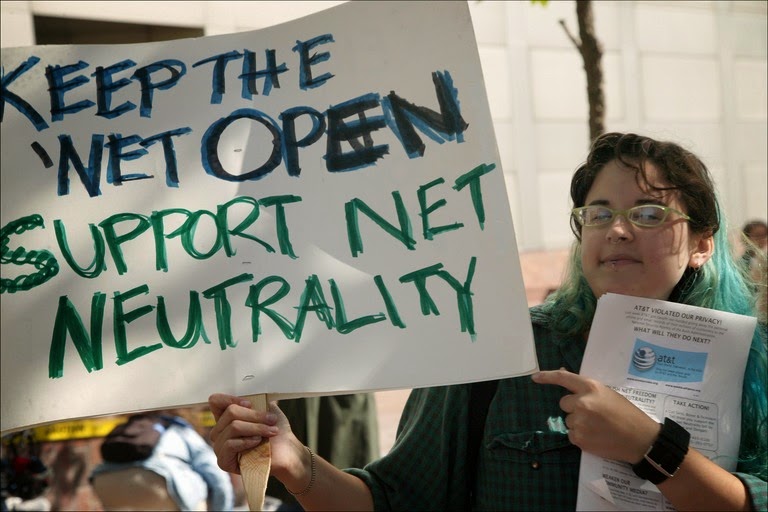 Over 100 leading tech firms that include Google, Facebook, Yahoo, Twitter and Amazon, have written to the Federal Communications Commission of USA (FCC) in defense of net neutrality.

Sen. Franken has said that the rules that the FCC Chairman proposes would let corporations buy into an Internet "fast lane," at the expense of consumers and smaller and emerging companies. Mozilla, Netflix Inc and Reddit have criticized the proposed rules since the creation of the proposal.

Net neutrality could potentially allow big corporations to get their content to consumers faster than their rival creating higher rates for Internet services, and new obstacles to accessing the content that users want, according to Franken.

FCC commissioner Mignon Clyburn published a blog post on Wednesday reiterating her commitment to an open internet. Interested consumers can also submit their own comments to the FCC here.

Here is the letter follow's-

Dear Chairman Wheeler and Commissioners Clyburn, Rosenworcel, Pai, and O’Reilly:
We write to express our support for a free and open internet. Over the past twenty years, American innovators have created countless Internet-based applications, content offerings, and services that are used around the world. These innovations have created enormous value for Internet users, fueled economic growth, and made our Internet companies global leaders. The innovation we have seen to date happened in a world without discrimination. An open Internet has also been a platform for free speech and opportunity for billions of users.
The Commission’s long-standing commitment and actions undertaken to protect the open Internet are a central reason why the Internet remains an engine of entrepreneurship and economic growth.
According to recent news reports, the Commission intends to propose rules that would enable phone and cable Internet service providers to discriminate both technically and financially against Internet companies and to impose new tolls on them. If these reports are correct, this represents a grave threat to the Internet.
Instead of permitting individualized bargaining and discrimination, the Commission’s rules should protect users and Internet companies on both fixed and mobile platforms against blocking, discrim- ination, and paid prioritization, and should make the market for Internet services more transparent. The rules should provide certainty to all market participants and keep the costs of regulation low.
Such rules are essential for the future of the Internet. This Commission should take the necessary steps to ensure that the Internet remains an open platform for speech and commerce so that America continues to lead the world in technology markets.


You can check the list of the companies that have signed the letter. More than a million people have already signed petitions to FCC calling upon them to enshrine net neutrality rules and prevent a tiered system.

You can Watch Franken’s Statement in the video below-