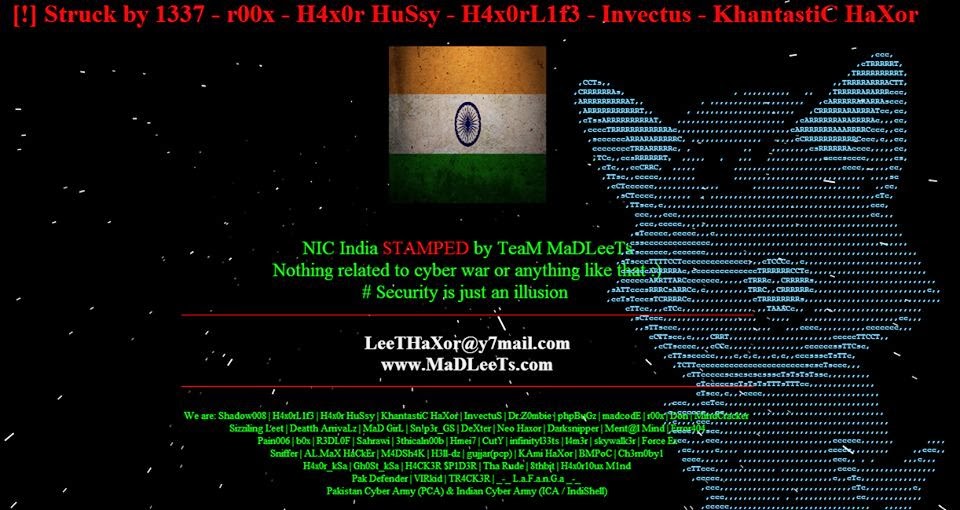 Once again Popular hacker "LEET" from Pakistan have again show its presence into the cyber world. This time hacker who is from Team Madleets, have hacked the Indian NIC server once again.

Hacker have hacked and deface more then 15 high profiled site of India, which includes .NIC and .GOV domains. After looking close to the hacked domains we found that, most of the domains are on same server.

At the time of writing all the domains have been taken down. You all can check the list of hacked site and also mirror of the hack on Zone-h.

On the Facebook page hackers have posted all the hacked domains with a message, which follows

Hackers also mention that they have more then 100+ NIC domains in there hand which includes the domains of CENTRAL BUREAU OF INVESTIGATION (CBI) Bank Case Information System + .NIC.IN Sub-Domain Registry.