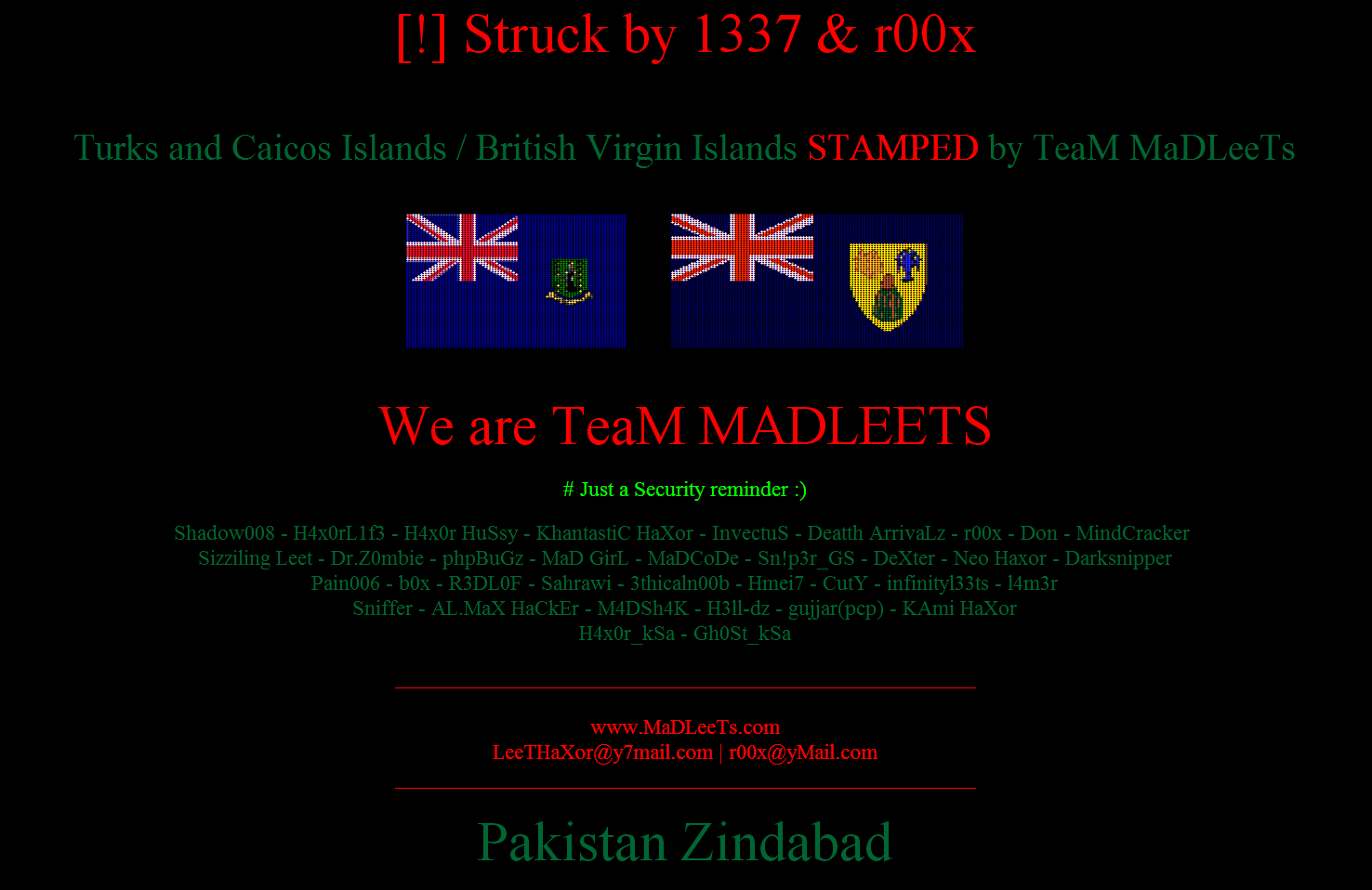 Once again a Pakistani popular hacker "L33T" from Madleets hacking group have once again hit the cyber space with its hacking. Earlier L33T have hacked number of NIC servers and left his name on the news over the internet for hacking Google Malaysia domain. Same hacker once again hacked another two NIC domains of Turks and British Virgin.
At the time writing, both the domains is still showing the deface page. On the deface page hackers just wrote a simple message stating

My the message on the deface page showing that, hackers have just try to make people remember of his old hacks.

You can check the hacked sites and mirrors here.