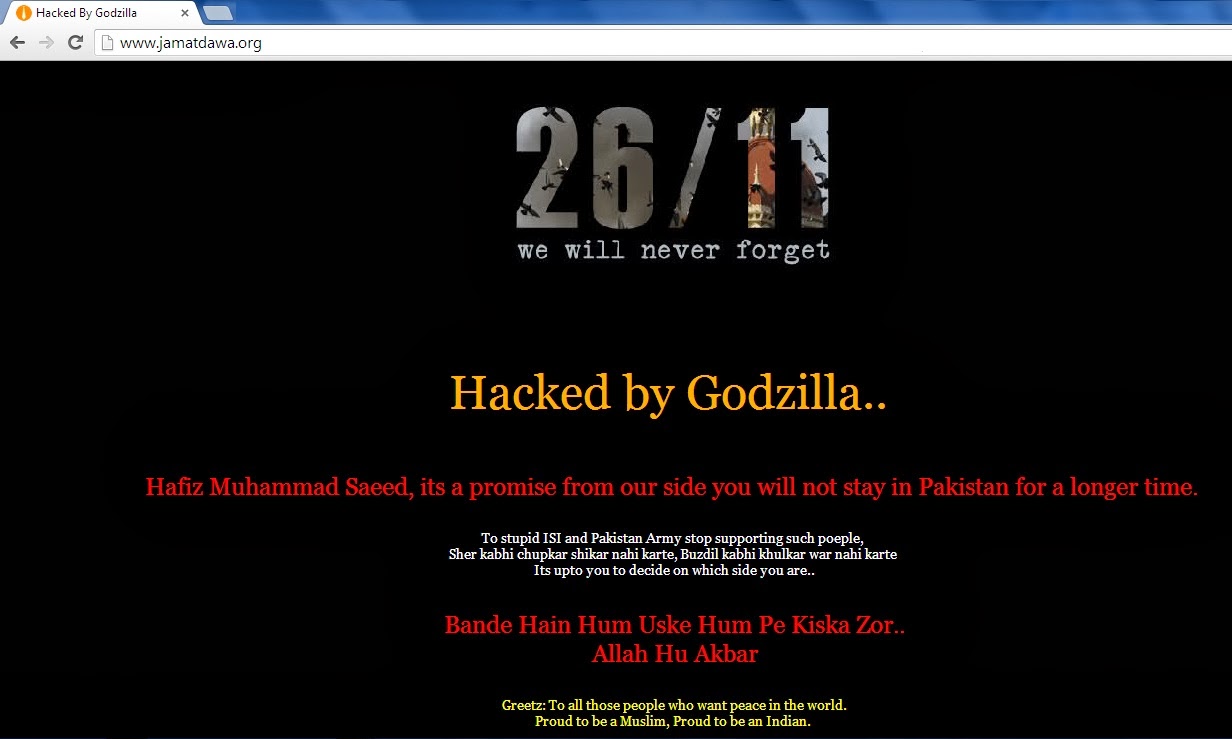 Date of yesterday was remembered by all the Indian citizen and also by members of Lashkar-e-Taiba. On year 2008, date 26- November, some of the Pakistani have attacked on the Hotel Taj, and also some public Places at Mumbai, and have done serial bomb blast.

With this massive attack this day was remembered by all Indians. As lastly, cyber war is continuous in between Indian and Pakistan, and cyber hackers also celebrate there Independence day by hacking and defacing each other countries websites.

Same thing have been seen on the last day, some hacker from Pakistan have hacked Central Bank on India official site, and Indian hackers have hacked number of sites, including official Pakistan defense news site (http://paksoldiers.com/).
On the same day, popular hacker Godzilla, know for hacking Pakistan major government portal, and other high profiled sites of Pakistan have also hacked one more major site of Pakistan on the eve of 26/11. Godzilla have hacked and defaced the official site of Lashkar-e-Taiba, Both the doamin of Lashkar-e-Taiba (http://www.jamatdawa.org/) (www.jamatdawa.net) have been hacked and defaced. But you can check the mirror on the hack here.

Hackers have contact Cyber Kendra and stats that, this is the small contribution devoted to the people died on 26/11.

At the mean time both domains have been taken down and is unreachable.
On the deface page hackers have left the message to the Hafiz Muhammad Saeed, stating the following


Hafiz Muhammad Saeed, its a promise from our side you will not stay in Pakistan for a longer time.
To stupid ISI and Pakistan Army stop supporting such poeple,
Sher kabhi chupkar shikar nahi karte, Buzdil kabhi khulkar war nahi karte
Its upto you to decide on which side you are..
Bande Hain Hum Uske Hum Pe Kiska Zor..
Allah Hu Akbar